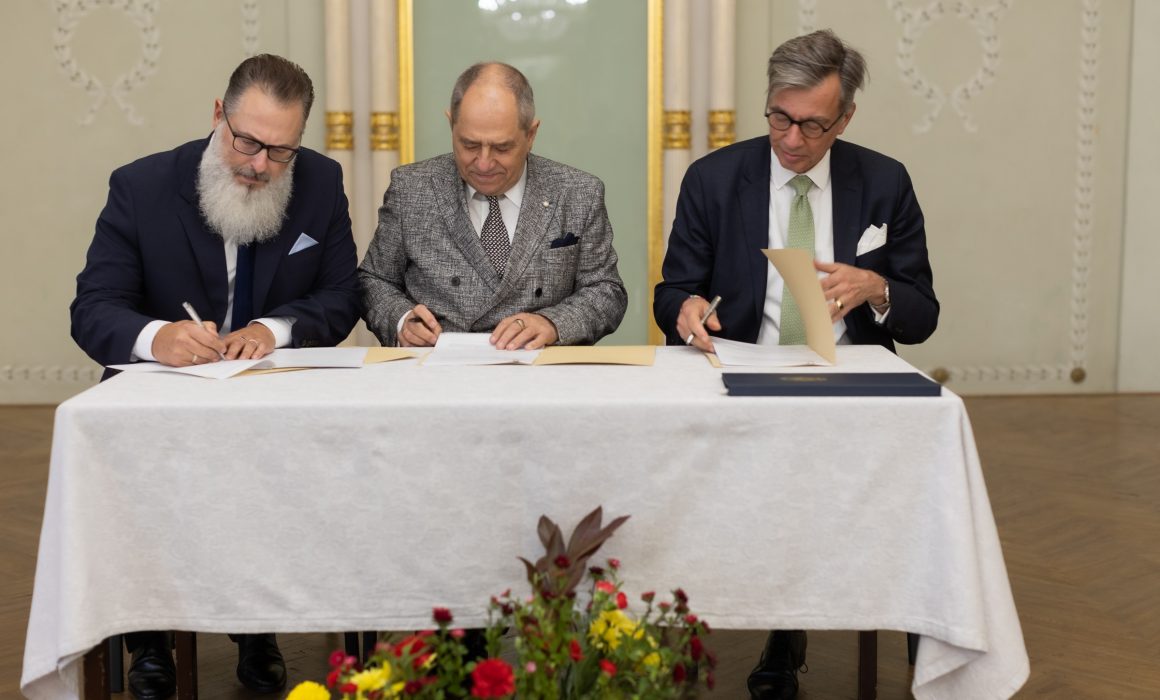 Already in late 2020, it was reported that the German Bundestag had approved €5.2 million for the restoration of the Wagner Theatre. Last August, an agreement was signed between the German Embassy and the Richard Wagner Society of Riga for the first €200 000. These funds were used to prepare the project’s sketch phase. The project has now developed significantly and on 6 October the agreement for the remaining approved funding of 5 million was signed in the Wagner Hall.

The next phase of the Wagner Hall renovation project – the preparation of the technical design – will start this year. The German government’s co-financing of €5 million will be used over the next four years (2022-2025) and is intended to co-finance the preparation of the technical design and the first phase of construction. The reconstruction and restoration work is scheduled to start in mid-2023, with the opening of the renovated Wagner Theatre planned for 2026.

The vision of the project “Renaissance of the Wagner Theatre in Riga” is to create a European beacon of culture in Riga. Over the next few years, the unique 5000 square metre building ensemble in Old Riga will be renovated and given a new lease of life. The importance of the project is also confirmed by the patrons of the Wagner House restoration project – Egils Levits, President of Latvia, Frank-Walter Steinmeier, President of the Federal Republic of Germany, and Eva Wagner-Pasquier, great-granddaughter of Richard Wagner and former artistic director of the Bayreuth Festival.

The restoration of the Wagner House will bring a number of significant benefits, not only in terms of the diversity and accessibility of cultural events for the people of Latvia, but also in terms of strengthening the image of Riga and Latvia as a cultural centre and the link with Richard Wagner, who was Kapellmeister at the House for two years (1837-1839). The project will not only renovate the building and the theatre hall, but also create masterclasses and a museum. The Wagner House will realise Wagner’s vision of “GesamtkunstWerk21” – an incubator for all art forms that will become an international centre for young artists worthy of the 21st century.

More information:
Signe Viška
Public Relations Manager, Assistant to the Chairman of the Board
signe.viska@vagneriga.lv