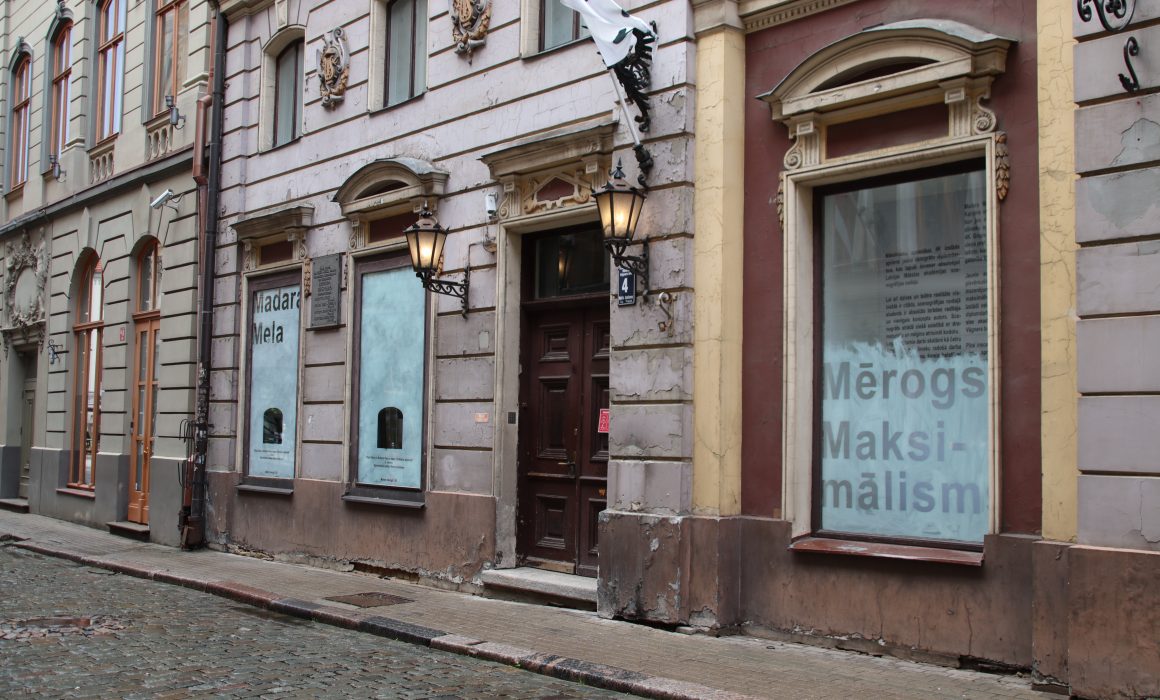 The windows of the Wagner House in the Old Town of Riga feature works by the artists’ union “4K”, the graduates of the Department of Scenography of the Art Academy of Latvia. These are scenographic models for ballet, play, rock opera and postmodern opera, or miniatures of visual solutions for the stage.

Young artists Madara Mela, Katrīna Ieva, Andris Kaļiņins and Ieva Stalšene, or the collective “4K”, have chosen different materials for their diploma work, but the results are united by musicality, large-scale staging of the big hall stage, visual development and the ambition of the scenographer himself to be the sole creator of the image of the performance and to think about performances in general during a viral epidemic.

Madara Mela’s exhibition offers a glimpse of the postmodern opera “Einstein on The Beach” by Philip Glass and Robert Wilson, which breaks the rules of classical opera. The opera is about the technological revolution, and its main symbol is Albert Einstein, a genius born in the 19th century, and the realisation of the invention of a super-weapon, the atomic bomb. Thesis supervisor – Reinis Suhanovs.

Ieva Stalšene has interpreted the symbolist play “The Blue Bird” (L’Oiseau bleu) by Maurice Maeterlinck in her stage model. The visual elements of the idea are drawn from quantum physics and techno culture, resulting in the intertwining of Maeterlinck’s plot with the story of a world that has not been fully created, where courage, hope and happiness must be found. Thesis supervisor – Kristians Brekte.

This year’s graduates of the Department of Scenography of the Art Academy of Latvia have already identified their interest in collaborative work during their studies, formed their own artists’ union and named it “4K”.

Over the past two years, “4K” has exhibited its work in several exhibitions, including the Kalnciema Street Quarter Gallery, the exhibition “The End of the World”, the exhibition “45.5 m2” at “Cēsu alus brewery” and the high-profile exhibition “Special Needs” at the Eduards Smiļģs Theatre Museum of the the Latvian Academy of Culture, dedicated to women’s rights in the theatre.

The exhibition is curated by the graduates in collaboration with their thesis supervisors, the Art Academy of Latvia and the Riga Richard Wagner Society.