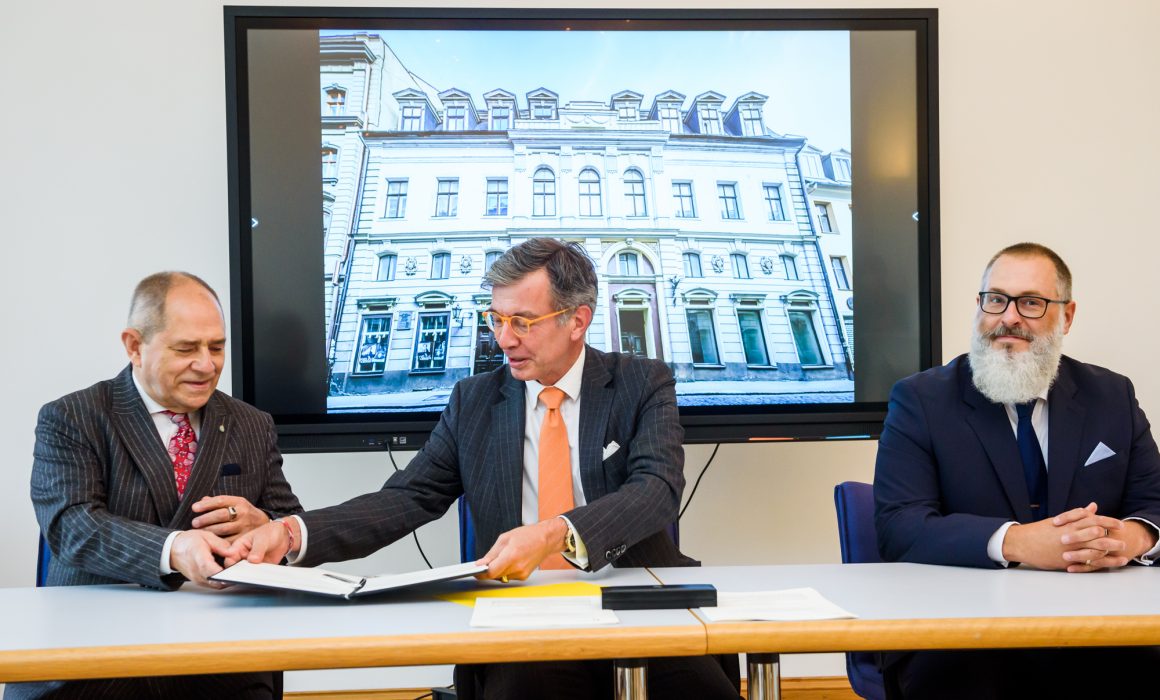 On Monday, 30 August, the contract for the granting of 200,000 euros to the Richard Wagner Society Riga by the German government was officially signed at the German Embassy in Riga.
Last December it was announced that the German Bundestag has confirmed 5.2 million euros over six years for the restoration of the Wagner Theater in Riga. Now, at the end of August, the necessary documents for the application for the first year of 200,000 euros have been assembled and the contract was officially signed by the German Ambassador to Latvia, Christian Heldt, the Chairman of the Board of the Richard Wagner Society Riga, Māris Gailis, and the Society’s Board Member, Māris Kalniņš. To mark the occasion, a selection of Wagner’s works was performed from the Embassy balcony by a string quartet – Gunārs Mūrnieks, Ilva Bāliņa, Amanda Rupeika, Klāvs Junkevics. 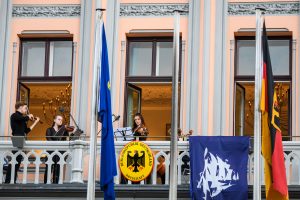 The vision of the Wagner Theatre Renaissance in Riga project is to create a beacon of European culture in Riga. Over a period of six years, the unique 5000 square metre building ensemble in Riga’s Old Town will be renovated and given a new lease of life. The importance of the project is also confirmed by the patrons of the Wagner Theatre – Latvian President Egils Levits, German President Frank-Walter Steinmeier and the great-granddaughter of Richard Wagner, Eva Wagner-Pasquier.

A total of 35 million euros will be needed for the restoration and revitalisation of the former first Riga theatre. The restoration of the Wagner Theatre will not only improve the diversity and accessibility of cultural events for the Latvian population, but also strengthen the image of Riga and Latvia as a cultural centre and the connection to Richard Wagner, who was Kapellmeister at the Wagner Theatre for two years (1837-1839). The project envisages not only the renovation of the building and the theatre hall, but also the establishment of master classes and a museum. The Wagner Theatre will realise Wagner’s vision of the “GesamtkunstWerk21” – an incubator for all art forms worthy of the 21st century and which will become an international centre for young artists.